Success is not just about being wise but also about lots of guts to face reality and get help to complement our strengths so as to detect and exploit the opportunity opened by change. Just another tribute to Steve Jobs on this third anniversary of his passing.

When Steve Jobs passed away in 2011, Apple market cap was about US$350B, fighting with Exxon for the world most valuable company. Now three year later, Apple has a market cap of US$600B, the undisputed number 1. This is a great legacy considering the time in 1997 when Steve Jobs was asked to return to save Apple from the blink of bankruptcy. His great turnaround left us many good lessons to take away. Here is my version of the story written some time in 2011 and revised little to be shared as a tribute to a great man.

Here is the mind-map: 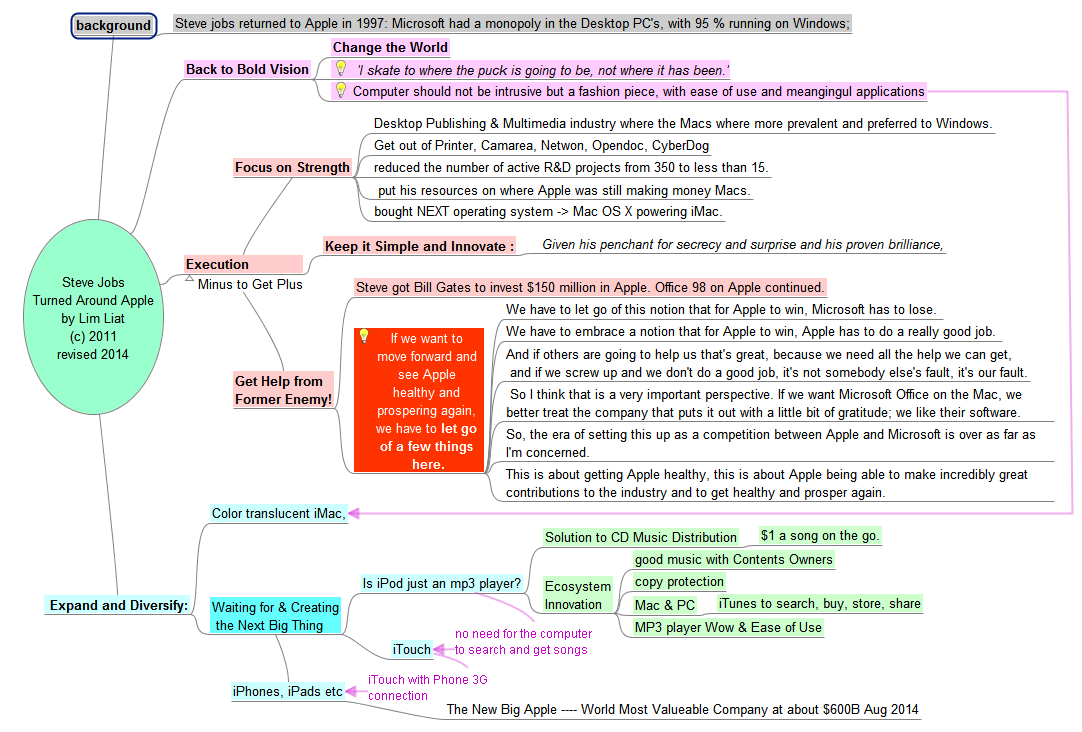 His bold vision was backed by his wisdom to see the realities and the guts to face them. His ability to know and exploit his strengths and to seek help even from so called 'enemy' are great lessons for us. A key secret of success, the meaning of a real strategy, is about detecting the change in the environment and then investing in a position to exploit the opportunity opened up by the change. Being able to see innovation not as a product or a service but a integrated eco-system of product and services to provide a wow experience is another good take away for us.