Singapore Population White Paper - Is it the loser strategy?

The Singapore Population White Paper calls for growth in population to overcome the aging of population. Is it a loser strategy? Consider when will the growth stop? It will stop when the limited land (though we can expand into sea and expand upward and downward but still limited) is unable to support the large population from long term exponential growth. A better policy will be to ask how can we have economic, happiness and environment protection at zero or near zero population growth rate?

While it is an alternative view to this growth based white paper, it unfortunately does not, despite the interesting name of Ponzi, give any good reasoning or evidences to support the possibility of sustainable well-beings at zero population growth. The goals are good but the how-to is not there.

With the world being a connected complex system, it is no longer possible to believe the reasoning linear model arguments. We need to build complex adaptive system model simulation to understand the effects of our linear policy decisions.


Adding to get Growth is Simple - The problem is that it leads to a dead end.
The Singapore Population White Paper can be found here. The key recommendation is to increase the population to compensate for the aging population with the forecast of about 6.5-6.9 millions by 2030. If we just follow the recommendation and extent it further, when can the growth end? By 2050, we will have 9-10 million? By 2070, we will have 11-13 million? By 2100, 40-50 Million? My estimates are probably wrong, because the little area that we have may not be able to support such large population. By my point is hopefully clear, it will progress to destruction due to over-population. When kind of strategy is that if it only leads to eventual death? So I call it the loser strategy.

Change the Question and Change the Strategies.
It is better we question the common wisdom of adding for growth and change the question.
How can we have economic, social and environment well-being with zero or near zero population growth?

Innovation is about Doing More with Less
It takes innovative thinking to find out the different strategies for economic & social well-being at zero population growth.

1st Step Did Someone Else has the answer?
The first step of any problem solving is to look for someone who have solved similar problems. So I tried to look for city-state nations like Singapore and see if they have near zero population growth and still have high per capital GDP. A few nations come to mind, Belgium, Netherlands and Luxembourg. Here are what I found ( http://www.indexmundi.com/g/g.aspx?c=sn&v=67). 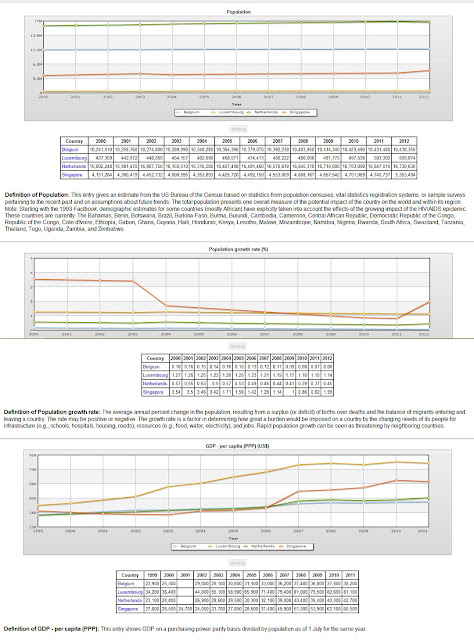 Here is their age distribution for 2010 compared to Singapore: 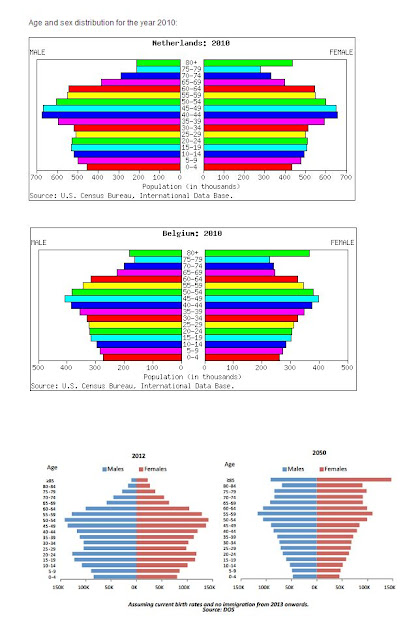 Compared with Singapore 2012, they have a much higher aging distribution even in 2010. They are doing find in 2010 with such aging, can we not do the same if not better?

But, they are different from Singapore, can we extrapolate?

There are difference of course. But at least we can find out what they are and whether they are applicable to us. Could we find out why they can first before we conclude we cannot.

It is proposed that perhaps the government can form a zero-growth think-tank to come out with strategies to achieve economic, social and environment well-being. Or may be the opposition party can look at this question too.

See also What Singapore can learn from Europe by Tommy Koh